Alan Stewart arrives in Iceland and waits for his contact in the cafeteria of Keflavík airport. The contact arrives carrying a copy of The New York Times folded to conceal a package. 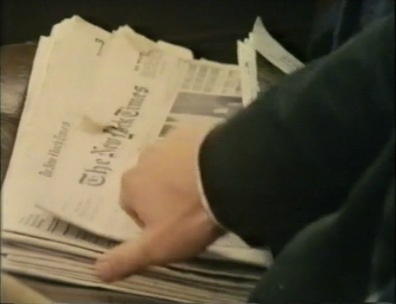 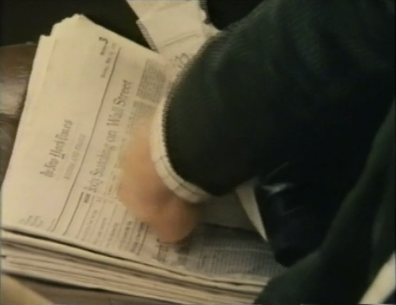 Courier: “It’s colder here than in the States”

Stewart: “It’s even colder in Birmingham”.

The courier provides Stewart with the newspaper, the package it conceals and a set of car keys telling him the car registration number is written on the masthead of the newspaper.

Driving from Keflavík airport towards Reykjavík on route 41 Stewart takes a detour, as instructed, turning right onto route 43 towards Grindavík. After a short distance he stops to examine the package. It is at this point that the Business and Finance section of The New York Times can be seen displaying the headline ‘Body Snatching on Wall Street’.

Researching The New York Times archive [1] it can be established that this particular edition of the newspaper was published on 14th May 1978. This date is two weeks before the actual filming of the scene took place. The scene was filmed on Thursday 1st June 1978, an article regarding the filming may be viewed here and more information on the filming location can be found here.