Bagley’s novel was published in the Netherlands by Elsevier Nederland B.V., Amsterdam under the title Op Dood Spoor, which translates as ‘A Dead End’. The novel was translated into Dutch by  F.C. Pereboom with cover design by Rob Eckhardt.

Desmond Bagley was born in Kendal (Northern England) in 1923. During the war he worked in an aircraft factory. He then travelled to South Africa, by road, working in mines to make a living. Among other things he was a free-lance journalist in Johannesburg. For several years he has been settled in England, where he writes adventure novels with great success.

“It’s a simple job” Slade – chief of the Secret Service said. “You’re just a messenger boy.” But Alan Stewart found it anything but a simple job, as he stood on the deserted road in Iceland with the corpse of a murdered man at his feet and a secret package that he had to deliver, in his car. And that was just the beginning. Desmond Bagley’s new thriller is set in one of the most sparsely populated areas in the world and in the midst of a dramatic, sometimes gruesome landscape. But the natural obstacles of boiling geysers, fast flowing rivers, steep cliffs and deep valleys are only part of the difficulties Stewart must overcome. He has to fight a superior and shrewd enemy only with the help of his girlfriend Elín. And this is only part of the story, because Stewart cannot escape the impression that there is a game being played by his own side. And the contents of that mysterious parcel? Stewart – and the reader – will only find out in the finale of formidable power. 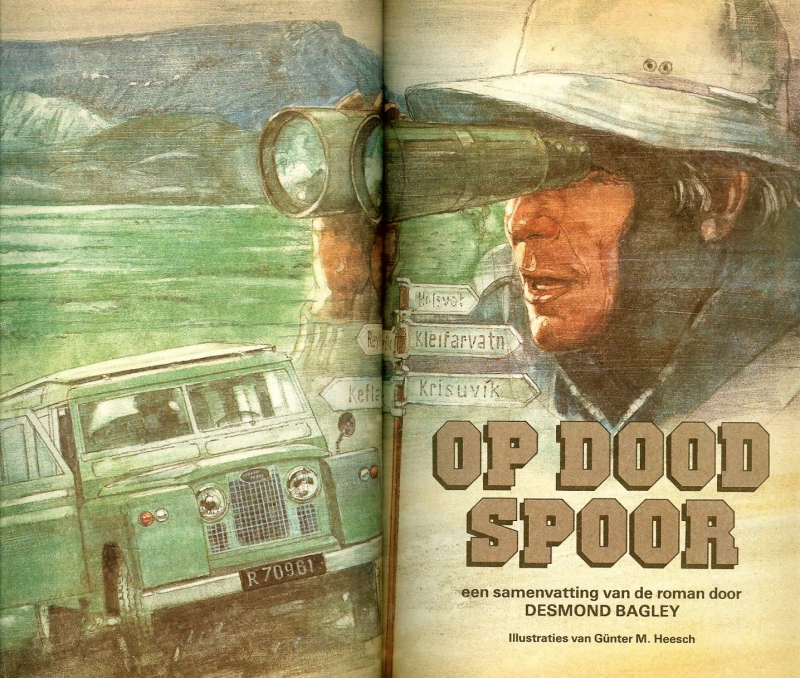