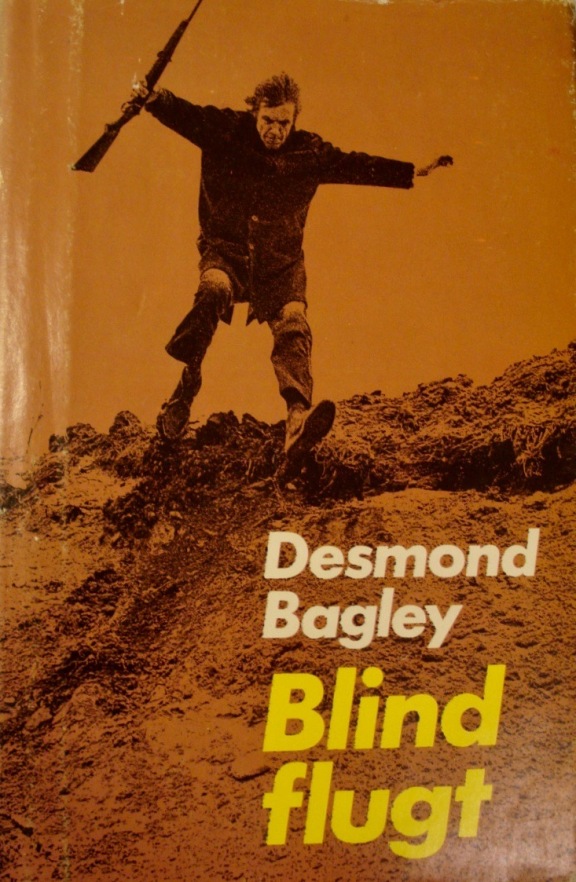 Bagley’s novel was published in Denmark by Lademann, Copenhagen under the title Blind flugt, which translates as ‘Blind escape’ with translation by Else Faber.

The dust jacket of the 1972 hardback edition covers a brown quarter leather binding with gold gilt lettering and the edition was published with a map of Iceland. 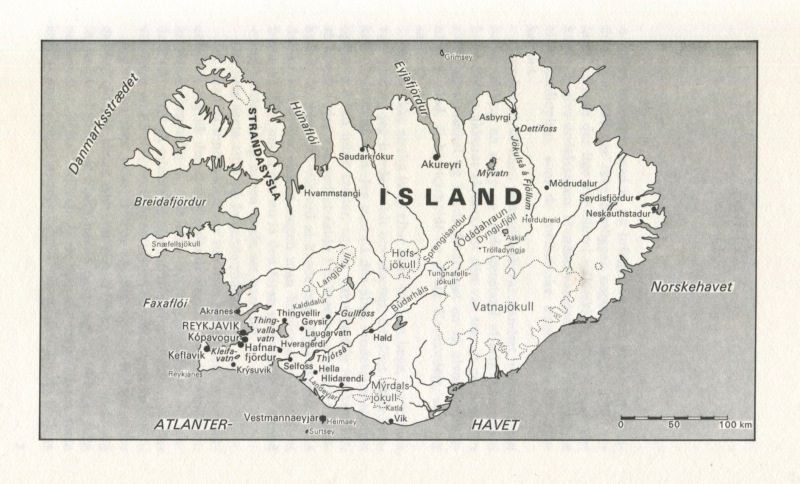 A rough translation of the dust jacket text reads:

Alan Stewart did not cheer with enthusiasm when he was approached by his old Secret Service boss, Slade. After a particularly dirty operation a few years ago, Stewart stopped working for the English intelligence service. But Slade had a ‘hold’ on him. And Stewart knew exactly what would happen if he did not obey Slade’s order, and traveled to Iceland.

‘It’s just off the road … a simple courier job’, Slade had said. But for Alan Stewart, who stands on a deserted Icelandic road, saddled with a corpse and a mysterious package, which he has been told to pass on unopened, the task seems anything but simple.

And that’s just the beginning. Also Stewart’s fiancé, the Icelandic teacher Elin, is implicated when she witnesses events that make it impossible for her to move unprotected.

Blind flugt is perhaps Desmond Bagley’s best book to date. A spy thriller that culminates in a nerve-wracking chase through Iceland’s most deserted areas, where everything is totally poisoned and scorched by volcanic deposits and is as inaccessible as a lunar landscape.

“Intelligent entertainment…”
“He can tell a story”. Fyens Stiftstidende

Desmond Bagley has developed into one of the few really good adventure writers. Ekstra Bladet