Browsing through the Running Blind papers in the Bagley archive I found some of the authors original ephemera, a 3¼” x 4¼” SAK 5 notebook with graph paper pages, containing plot ideas written by Bagley.

Notes on the plot for Bagley’s Icelandic novel mentioned that the protagonist was an ex Secret Service agent living in Scotland, the son of a Scottish father and Russian mother.

Along with that notebook was an early incomplete and abandoned draft titled ‘New Novel’, consisting of 66 pages: Chapter One pp. 1 – 19; and Chapter 2 pp. 20 – 66. These chapters expanded on the genealogy of the protagonist Alan Stewart originally conceived in his notebook. The plot differed slightly from the final draft in that Stewart’s old boss Slade meets the protagonist in a Steak House in Glasgow, gives him the mysterious package himself and instructs him to take it to Iceland.

Stewart’s genealogy, mentioned in Chapter One of this first draft does not appear in the final draft, though with the assistance of Bagley’s notes, this first draft and text from the published novel, it is now possible to give Alan Stewart his back story.

There is a rich historical and cultural relationship between Scotland and Russia dating back over many hundreds of years. The Scottish poet Robert Burns first became popular in Russia in the 19th century, and he was seen as a source of inspiration for the ordinary Russian people. It was in the sizeable community of Scots in St. Petersburg that Alan Stewart’s grandfather, Robert Stewart, worked as a merchant before the First World War. He took a Swedish wife and during the Russian revolution of 1917 moved with his wife to Sweden to continue the business. The couple had a son, James Stewart, who took over the family business and as it prospered he opened a branch in Finland, where he met and married a Finnish woman.

Their son, Alan, was born in 1934 in the town of Joensuu, a city of manufacture and commerce founded by Czar Nicholas I of Russia in 1848, located on the eastern border of Finland with Russia.

With his multicultural background, languages came easily to Alan Stewart who grew up speaking Finnish, Swedish, English and some Russian. Later he picked up a few more languages: Norwegian; Danish; German; and French, and Stewart held dual British and Finnish nationality.

Stewart grew up as a child in Finland during the Second World War, which was a complicated time for the country. The military history of Finland during this period encompassed three major conflicts. The first two of these – the defensive Winter War 1939 – 1940, and the Continuation War alongside the Axis Powers 1941 – 1944, were both waged against the Soviet Union. The third one, the Lapland War 1944 – 1945, followed the signing of an armistice agreement with the Allied Powers, which stipulated expulsion of German forces from Finnish territory. Finland being placed in the unusual situation of being for, then against, then for, the overall interests of the Allied powers. 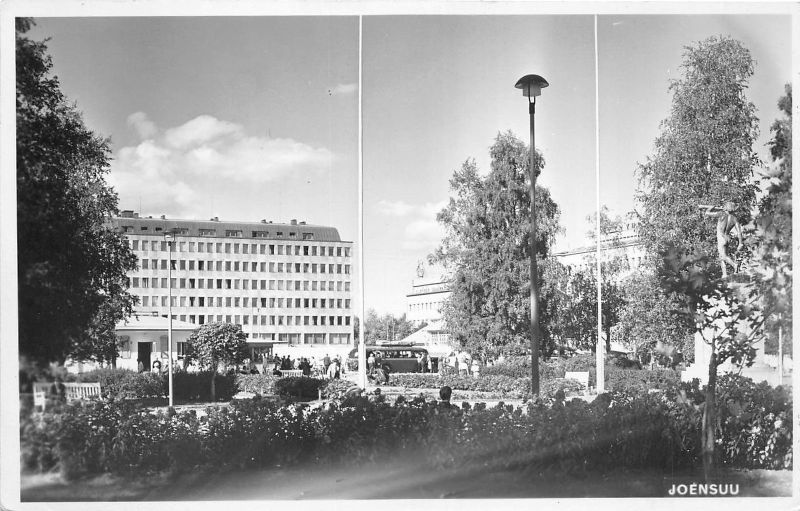 Stewart’s father, James, was recruited by the British Secret Intelligence Service and served as an Intelligence Officer during the Second World War. Following the war he provided intelligence on Russian activity along the Scandinavian border.

In 1950, when Alan Stewart was only sixteen years old, he was recruited by British Intelligence and sent to England for his education. He had the equivalent of a university education with a heavy emphasis on languages, which was augmented by courses on cryptography, marksmanship and unarmed combat. Six years later he was sent back to Finland working as an active agent for British Intelligence. Wary of penetration, and unlike other operatives who were controlled at a local level, Stewart worked in a covert group controlled directly by a department in London. The department coordinated penetration operations into Northern Russia and counter-espionage operations in Scandinavia with Stewart working for the latter.

Working in counter-espionage Stewart’s directive was to stop Russian infiltration, his opposition in the Komitet Gosudarstvennoy Bezopasnosti (KGB) being run by Vaslav Victorovich Kennikin. To all intents and purposes Stewart’s cover was good, he was a third-generation Scandinavian called Stewartsen who ran an innocuous business. Cooperation with both the Finns and the Swedes was sporadic and for those occasions when they didn’t cooperate Finland, with its 70% forests and 10% lakes, offered many places to hide the casualties of the profession.

In 1962, Stewart’s father died a perfectly natural death in his office in Sweden, and on the instructions of the Department Stewart was pulled out of Finland and sent to Stockholm to take over the head office of the firm, continuing his work for British Intelligence.

Four years later, having infiltrated Kennikin’s operation, Stewart was carrying out minor jobs for the Russians gathering intelligence for the Department. In an effort to move one of their operatives closer to Kennikin, the Department decided to sacrifice another operative who had also managed to infiltrate the group. Warned by Slade, his department boss at British Intelligence, Stewart was told that his cover was in danger of being blown by an unnamed freelance agent. Told that the individual had not yet reported his suspicions to Kennikin, Stewart was advised that the best course of action would be to eliminate the agent. In a Swedish forest in 1966 Stewart fitted a bomb to the agent’s car, and unknowingly killed his best friend Jimmy Birkby, in a callous calculated plot masterminded by his own side.

Advised to report his actions to Kennikin, who had been aware of a leak in his organisation, Stewart’s position with the Russian strengthened and he became Kennikin’s blue-eyed boy. From his position inside the Russian network Stewart was able to wreak havoc and wreck the network completely. In a coup de grâce, Stewart shot Kennikin believing he had killed him, prior to his escape.

The Scandinavian branch of the Department was euphoric and Stewart returned to England a hero of the Department. It was then that Stewart learned that the agent he had killed had been his best friend Jimmy Birkby. Disgusted with the department he resigned and sold his business in Scandinavia to nominees of the Department. In an effort to drop out of sight Stewart returned to his grandfather’s country of Scotland buying a three thousand acre estate situated in the highlands of Scotland. Settling in the estate cottage in the glen below Sgùrr Mòr, Stewart gained an income from sheep farming, forestry and renting the estate house to Americans visiting for deer stalking. Every year he travelled to Iceland for the salmon fishing where he met Elín Ragnarsdóttir a school teacher who, like many other Icelanders, had a second occupation during the summer.

Elín worked as a courier for ‘Ferdaskrifstofaa Nordri’, a travel agency in Reykjavík, showing visitors around the country. After their first meeting, Stewart persuaded her to become his personal courier on a full-time summer basis, which led to a romantic relationship. Stewart bought an apartment in Reykjavík, this convenient pied-Ã -terre was registered it in Elín’s name and Stewart spent three months of the following years in the country, adding Icelandic to his many languages.

Back in Scotland he was a Stewart hiding among a lot of Stewarts, that was until his old department boss Slade found him…..

In 1969, in addition to his visit to Iceland, Bagley visited Scotland and the research he conducted from his trip was to be used in two of his novels, Running Blind and The Enemy. The author gives us an indication in the novel as to the location of Stewart’s fictional Scottish highland estate.

Chapter 1 II
‘I went and got the photographs and we poured over them. I pointed out Bheinn Fhada and Sgurr Dearg, but Elín was more interested in the river and the trees.’

Chapter 2 II
‘The shooting was bad that day. Something had disturbed the deer during the night because they had left the valley where my calculations had placed them and had drifted up the steep slopes of Bheinn Fhada.’

‘At three in the afternoon I packed up and went home and was scrambling down Sgurr Mor when I saw the car parked outside the cottage and the minuscule figure of a man pacing up and down.’

‘He drove away, bumping down the track, and when he had disappeared the glen seemed cleaner. I looked up at Sgurr Mor and at Sgurr Dearg beyond and felt depressed.’

Chapter 10 IV
‘I took Elín back to the glen under Sgurr Dearg. She liked the scenery, especially the trees – the marvellous un-Icelandic trees – but she didn’t think much of the cottage.’

‘I’m not going to live in the big house,’ I said. ‘We’d rattle around in there and, anyway, I usually rent it to Americans who come for the shooting. We’ll let a gillie have the cottage and we’ll build our own house a little farther up the glen, by the river.’ [1]

From this one might deduce that Stewart’s estate lies around the Munro of Beinn Fhada (Long Hill – 1032m), also known as Ben Attow, set to the east of the small settlement of Morvich in Lochalsh. With Loch Duich to the east, the River Croe runs along Gleann Lichd marking the Affric Kintail Way amid the beauty of the Kintail Forest. Across Gleann Lichd from Being Fhada to the south-west are the Corbet Tops of Sgùrr na Mòraich and Sgùrr a’ Bhealaich Dheirg.

In Bagley’s 1977 novel The Enemy, the novel’s protagonist, Malcolm Jaggard, arrives in Ullapool with a view to visiting Bagley’s fictional Summer Isle of Cladach Duillich (Sad Shore). The Summer Isles (Na h-Eileanan Samhraidh) are an archipelago lying in the mouth of Loch Broom, and Bagley’s inspiration for The Enemy came from the testing of anthrax on Gruinard Island, which is set in Gruinard Bay about halfway between Gairloch and Ullapool. The anthrax strain chosen for this biological weapons test by British military scientists from Porton Down in 1942, on the compulsory purchased island, was a highly virulent strain called ‘Vollum 14578’. On 24 April 1990, after 48 years of quarantine and 4 years after decontamination of the island had been started, the island was declared safe and was repurchased by heirs of the original owners.

Interestingly, to the south-east of Ullapool lie the Munro’s of Sgùrr Mòr (Big Peak 110m) and Beinn Dearg (Red Hill 1084m) part of the Fannichs mountain range. Though lying much further north of Beinn Fhada it is always possible that the fictional estate of Running Blind’s Alan Stewart was an amalgam of locations.

If you haven’t yet read Running Blind, and are intrigued to know what happens when Slade finds Stewart, you can purchase the book here.

Discover more about the locations mentioned in the novel