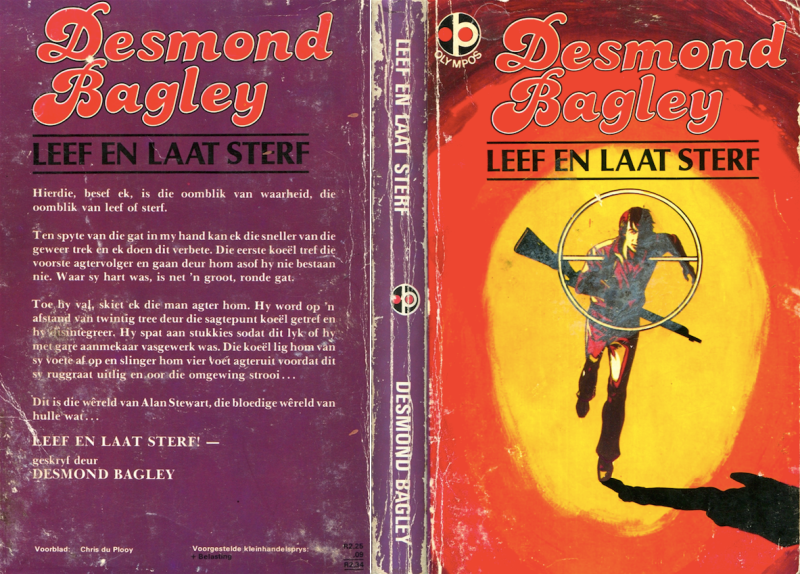 Bagley’s novel was published in South Africa under the title Leef en laat Sterf, which translates as ‘Live and Let Die’. The novel was translated into Afrikaans by Ray Knox. The paperback edition shown above (ISBN 0-86879-287-X) was published in 1970 by Olympos and the cover design was by Chris du Plooy.

The translation of the rear cover text reads:

Live and let die
This, I realised, is the moment of truth, the moment to live and let someone else die.
Despite the hole in my hand, I was still able to pull the trigger of the gun, and I did just that, to some effect. The first bullet hit the lead pursuer and it went through him as though he wasn’t there. Where his heart had been, there was just a big round gaping hole.

When he fell, I shot the man behind  him. He was shot at a distance of twenty yards. When the soft-nosed bullet hit home, he disintegrated. He was smashed to pieces and looked like he had come apart at the seams. The bullet lifted him off his feet and he fell backwards, his spine splattered all over the landscape …

This then, is the world of Alan Stewart, the bloody world of those who …
Live and let die!