Concerns about the number of foreign film groups 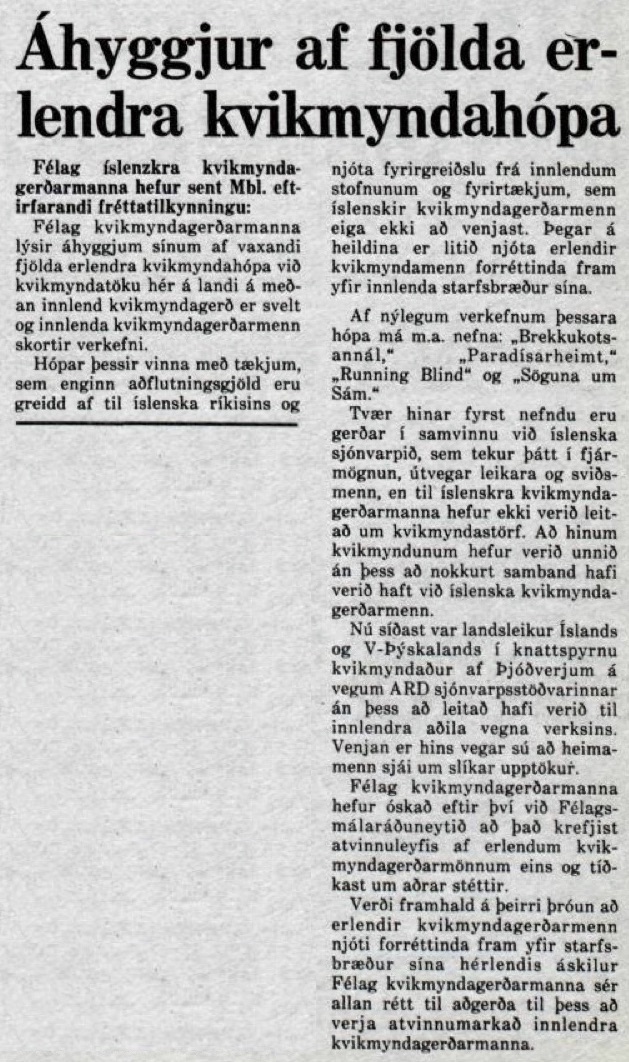 The Association of Icelandic Film Makers has sent Morgunblaðið the following press release:

The Icelandic Filmmakers’ Association expresses its concern about the growing number of foreign film groups filming in Iceland, while domestic filming is starving and domestic filmmakers are short of projects.

These groups work with equipment from which no import duties are paid to the Icelandic state, and benefit from facilities from national institutions and companies that Icelandic filmmakers are not used to. Overall, foreign filmmakers enjoy privileges over their domestic counterparts.

Most recently, the national football match between Iceland and West Germany was filmed by the Germans under the auspices of the ARD television station without any request from domestic parties for the work. It is customary, however, for the locals to take care of such recordings.

The Icelandic Filmmakers’ Association has requested from the Ministry of Social Affairs that it require a work permit from foreign filmmakers, as is customary for other professions.

Should the development of foreign filmmakers continue to be privileged over their colleagues in Iceland, the The Icelandic Filmmakers’ Association reserves the right to take action to protect the professional market of domestic filmmakers.