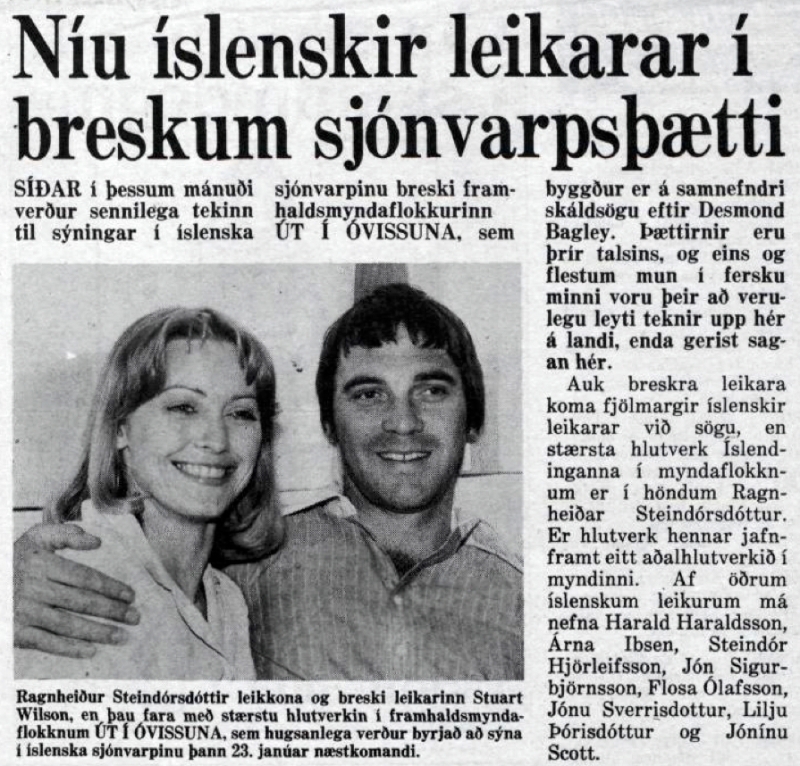 Later this month, the British series Út í óvissuna [Running Blind], based on the eponymous novel by Desmond Bagley, will be probably be shown on Icelandic television. The series is in three parts, and as some will remember it was mostly filmed in this country as the story is set here.

In addition to the British actors there are numerous Icelandic actors involved, but the biggest role played by an Icelander in the film is in the hands Ragnheiður Steindórsdóttir. Her role is a leading role in the film. Other local actors include Harald Haraldsson, Árni Íbsen, Steindór Hjörleifsson, Jón Sigurbjörnsson, Flossi Ólafsson, Jónina Sverrisdóttir, Lilja Þórisdóttir and Jónína Scott.

Image title:
Actress Ragnheiður Steindórsdóttir and British actor Stuart Wilson, have the biggest roles in the series Út í óvissuna [Running Blind], which will be possibly be shown on Icelandic television on 23rd January.