Charlotte Rampling in Caravan to Vaccarès, but filming of Running Blind in this country in the summer is not taking place. 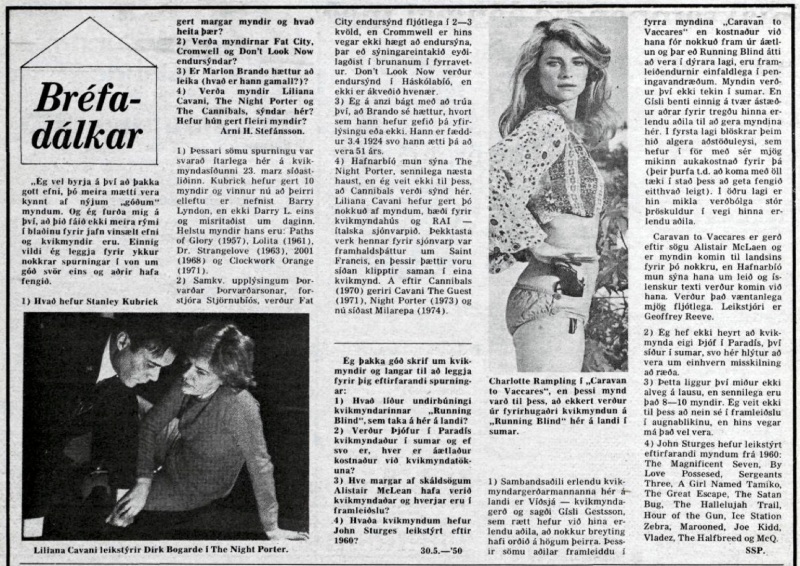 1) The contact for foreign filmmakers in this country is Viðsjá filmmaking, and Gisli Gestsson, has spoken with the foreign parties, who said that there have been some changes in their circumstances. These same people produced a previous movie Caravan to Vaccarès but it appears the cost of it exceeded expectations and since Running Blind was supposed to be more expensive, the producers are quite simply in financial difficulties. The film will now therefore not be made this summer. However, Gisli also pointed out two other reasons for the reluctance of the foreign parties to make the film here. Firstly, they are appalled by the complete lack of facilities, which would entail significant extra expense for them (for example, they have to bring all the equipment with them instead of being able to rent it here). Secondly, the high rate of inflation is a major obstacle for non-residents.

Caravan to Vaccarès, is based on the novel by Alistair McLean, and the film arrived in Iceland some time ago, but Hafnarbíomun, will show it as soon as the Icelandic Subtitles are available. The director is Geoffrey Reeve.