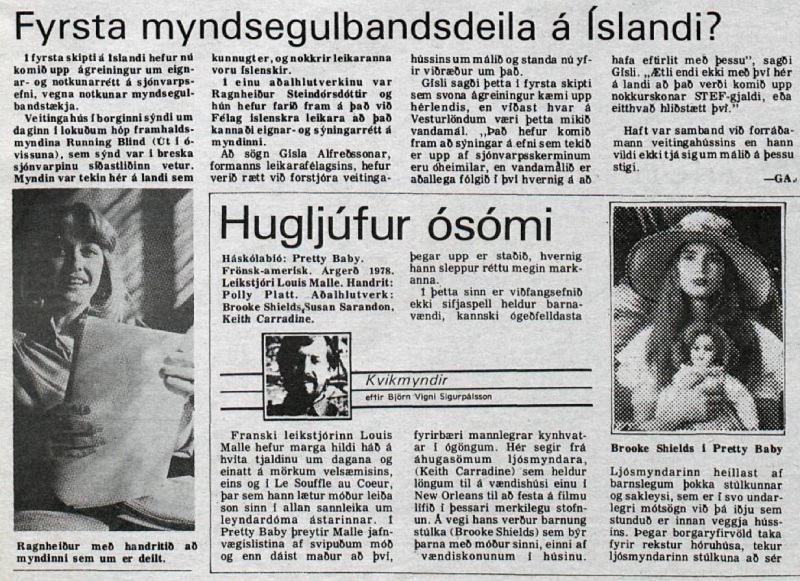 For the first time in Iceland, a dispute has arisen over the right of ownership and use of television material, due to the use of video tape recorders.

The other day, a restaurant in the city showed, in a closed group, the series Running Blind (Út í óvisunna), which was shown on British television last winter. As is well known, the film was made in this country, and some of the actors were Icelandic.

In one of the main roles was Ragnheiður Steindórsdóttir, and she has asked the Association of Icelandic Actors to check out the ownership – and the right to show the film.

According to Gísli Alfreðsson, chairman of the actors’ association, discussions have taken place with the manager of the restaurant about the matter and discussions are ongoing. Gísli said this is the first time that such a disagreement has arisen in Iceland, but one would expect there would be more problems like this in the West. “It has been stated that screenings of material recorded from the television screen are not permitted, but the problem lies mainly in how to monitor this”, said Gísli. “I do not think it will end up in this country that there will be some kind of STEF fee, or something similar”. The manager of the restaurant was contacted but did not want to comment on the matter at this stage.